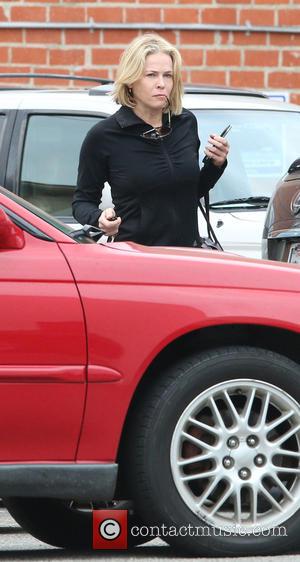 The Mad Max: Fury Road star took over a private residence in West Hollywood, California for the bash.

Handler and Hollywood couple Blunt and Krasinski were present at Aniston's home on Wednesday (05Aug15), when the former Friends star stunned her pals by turning a surprise birthday party for her fiance Justin Theroux into a secret wedding ceremony.

It's been a week of celebrating for Brit Blunt, who also became a U.S. citizen on Tuesday (04Aug15).

Meanwhile, newlyweds Aniston and Theroux are believed to be honeymooning in Bora Bora with pals like Courteney Cox and comedian Jimmy Kimmel, who organised the groom's top secret bachelor party.