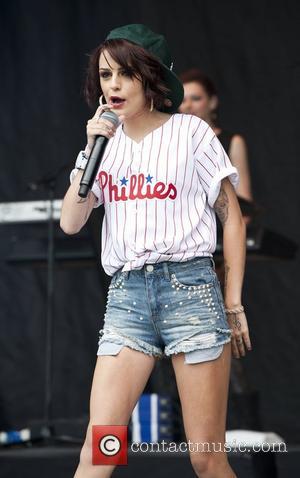 British singer Cher Lloyd was stunned when a fan gave her a goldfish as a gift.
The Want U Back hitmaker was signing CDs for supporters at a pre-arranged event when one over-eager fan presented her with a tiny carp in a plastic bag.
The caring singer immediately found a home for the fish by offering it to a pal who owns a pond.
She says, "I was doing a signing and this person came up to me and they had something behind their back. They then put it on the table and it was a goldfish in a bag.
"They didn't say anything, they just walked away and left me with a goldfish. I felt really bad as I couldn't go home with it so I gave it to someone who had a pond.