Cher does not celebrate Thanksgiving as she sees it as the ''beginning of a great crime'' against Native Americans in the US. 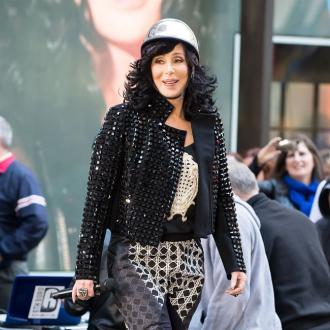 Cher does not celebrate Thanksgiving.

The 'I Got You Babe' singer doesn't mark the traditional holiday - held on the fourth Thursday in November in the US to celebrate a good harvest, which has its roots in a three day feast between pilgrims and Native Americans in 1621 - because she sees it as the point where the oppression of the nation's native population started.

When asked by a fan on Twitter whether she celebrated, Cher responded: ''I don't. For me and my family, it's a day when everyone is free for dinner and a movie, not to celebrate the beginning of a great crime.''

When asked to elaborate, the singer - who has Native American Cherokee roots - added: ''Stealing land from a people who believed owning land was like owning sky! We gave them blankets laced with smallpox.''

Cher, 67, has been increasingly politically motivated this year, declining an invitation to appear at the Winter Olympics in Sochi, Russia, next February after the country passed new laws making life difficult for gay people.

Cher - who has long campaigned for gay rights and has a transgender son, Chaz - said: ''I have so many Russian friends and I wanted to go to the Olympics and now I can't. I don't understand it. The first time I went to Russia everything was fine and then this just exploded.

''My friend Oleg said, 'This is so strange because it's truly not the way the people feel out there. They are afraid over there.' ''