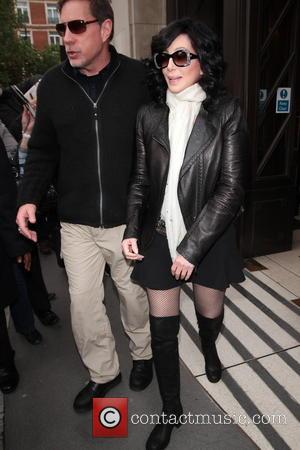 Pop superstar Cher is preparing to undergo foot surgery to fix a problem that has plagued her for 16 years.

The Believe hitmaker, 67, recently took to her Twitter.com blog to tell fans that she suffered a compound fracture in the late 1990s when a piece of equipment fell off the wall of her rehearsal studio and "crushed" her foot.

Cher admits she suffers every time she slips into high heels as a result of the incident, and now she is set to sort out the issue once and for all.

She donned stilettos once more on Monday (04Nov13) for an appearance as a guest judge on a tribute episode of U.S. reality show Dancing With the Stars, but reveals she will have to hold off on wearing heels again until just before Christmas as she recovers from the operation.

Returning to Twitter on Tuesday morning (05Nov13), she writes, "Last Nite,WAS Last Nite 2Wear Heels Till After Operation...Sooo...I Bit The Bullet..&..Wore Them! Heaven & pain,But Worth It... 6 wks (weeks) till I'm running around on Stilettos (sic)!"

The surgery will give Cher plenty of time to recover before she heads out on the road next March (14) for her 49-date Dressed To Kill tour.

Pretty Little Liars actor Brant Daugherty became the latest celebrity to be voted off Dancing With the Stars, despite impressing Cher with a performance to her track The Shoop Shoop Song with professional partner Peta Murgatroyd.