Cheryl Cole and will.i.am were involved in a car accident yesterday(29.08.12) but apart from whiplash, both are fine. 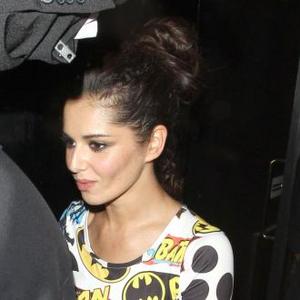 Cheryl Cole and will.i.am were involved in a car accident yesterday(29.08.12).

The pair are suffering from whiplash after the fender bender, which occurred after they left a studio following a day of recording, although both were quick to assure fans they are fine.

''We're fine [email protected]Cheryl Cole were coming back from the studio but she and I are fine ... just a little #wiplash (sic).''

Cheryl added: ''Don't worry me and @iamwill are fine, promise.''

Meanwhile Will's manager Polo Molina revealed he had been in contact with the pair following the accident and they were not hurt.

He wrote on twitter: ''Just spoke to @iamwill everything is OK. He and @cherylcole are both fine. It was a minor fender bender after a long day/night in the studio

''hey everyone. Just spoke to @iamwill and @cherylcole they are both OK. A little bit shaken BUT thankfull that no one got hurt (sic).''

Producer Michael Jurkovac tweeted the pair saying: ''@cherylcole @iamwill thank god neither of you got hurt. Worry about those all night studio sessions.''

It is unclear exactly how the accident took place.