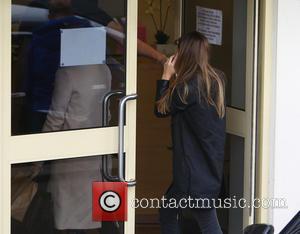 The Promise hitmakers shocked fans when they announced they were parting ways just hours before the final date of their reunion tour last year (13).

Coyle later claimed she was blindsided by the news because she was not involved in group discussions about the split, and she desperately wanted the girl band to continue so she refused to sign the official paperwork.

Cole tells Attitude magazine, "She's full of s**t... What d'you want us (me) to say? She's full of s**t. She was the one who wanted to make a solo record. Which is why we took the hiatus... She wants to come out and say we broke the band up? No! She shouldn't tell porkie pies (lies)...

"She should remember why we took the hiatus after seven years so she could go and (make a solo record)... Ok, so do you want us (me) to tell the truth? She wasn't going to make another Girls Aloud record until she got a solo deal. I feel she held us to ransom and then made her solo record deal... It's the truth. She's saying that we broke the band up. So there you go."

Following the hiatus, the girls reunited for a 10-year anniversary album and tour before parting ways for good.

Coyle's solo album was a major flop and failed to reach the U.K. Top 40 music chart when it debuted in 2010. She is currently working on a follow-up record.