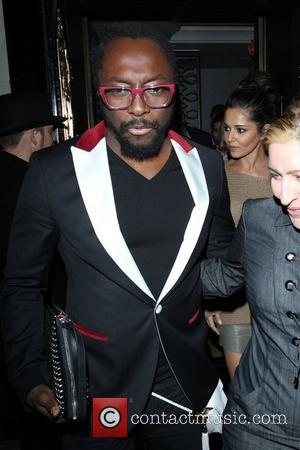 The car crash that left Cheryl Cole with a bloody nose was not serious, reports The Sun; Will.I.AM was driving the car.
"Don't worry me and @iamwill are fine, promise x." tweeted the former Girls Aloud singer, in a bid to reassure her concerned fans. Will.i.am had previously alerted people to the crash by tweeting "Car accidents are not dope ... I'm glad I'm o.k #wiplash." Reports suggest that the pair are fine, after the airbag safety mechanism caused the rappers nosebleed. Cheryl wasn't so lucky, and her facial injuries were caused by a hard smack on the dashboard, as her airbag wasn't released. It's also reported that the pair may be suffering some mild whiplash, but both seem in jovial spirits about the whole ordeal.
They were on their way back from an all-night recording session when Will's £100,000 Cadillac smashed into a parked car at 3.30am. Will.i.am had a full check-up at nearby Cedars-Sinai hospital, while Cole was treated at the scene and did not go to hospital. Twitter was a constant source of updates for the pairs wellbeing, though, with Will.i.am's manager tweeting "Just spoke to @iamwill everything is OK. he and @cherylcole are both fine. it was a minor fender bender after a long day/night in the studio."