Cheryl Cole dreams of marrying Prince Harry, who also happens to have a crush on her. 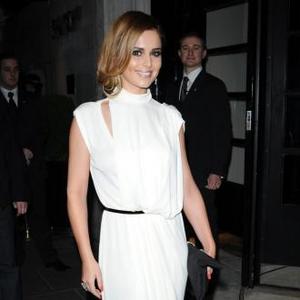 The 28-year-old '3 Words' singer - who has joined forces with Harry's father Prince Charles on a charity project - admits she has a soft spot for the third-in-line to The Throne.

And lucky for her, The Feeling is mutual with Harry already having told former 'x factor' winner Joe McElderry - who was mentored by the Girls Aloud star - he was, ''so jealous that you got to spend weeks with Cheryl''.

Asked if she knew about his feelings, Cheryl told Marie Claire magazine: ''I do! I love Prince Harry. Actually, I had a dream last night I married Prince Harry and was a real-life princess.

''It's true. And Charles was my father-in-law instead of my charity partner!''

It looks like Harry could be seeing a bit more of Cheryl now that Prince Charles has agreed to mentor her through her ''long-held ambition'' to help teenagers in her home town of Newcastle.

Talking about the collaboration between the Prince's Trust and the Cheryl Cole Foundation, she told the Daily Mail newspaper: ''I have always been a great admirer of the work of the Prince's Trust with disadvantaged young people across the UK. It's the perfect charity for my foundation to support.

''Too many young people grow up thinking no one cares and don't believe they can make anything of themselves.

''They have so much potential - but can go off the rails without the right care and support. I want my foundation to help them realise their potential and get their lives on track.''