A new story has been revealed about Ashley Cole's flings, but it seems Cheryl Cole doesn't care and is just bored of constantly hearing about it. 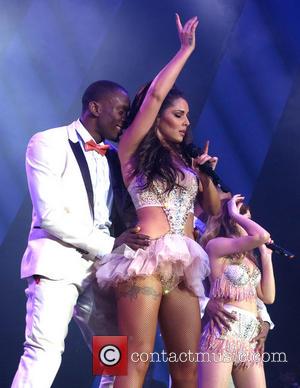 Cheryl Cole and Ashley Cole got divorced three years ago, but still newspapers and other media outlets will never let her forget about their marriage. Despite having had boyfriends since, as soon as a story comes to light about him she is dragged into it to. The latest story refers to a model who frequents the Playboy Mansion having a very secret fling with the footballer.

Melissa Howe, now aged 22 but just 19 at the time of the affair, of sorts, told of how she and Ashley had some kind of romance during a period that there were rumours he would be reuniting with Cheryl. Apparently Miss Howe was told to keep it all very, very secret. They met on a night out in London, at which point Howe refused to go home with him despite strong suggestions by his bouncer. Later he kept in touch with her and had his driver pick her up from her mother's house and bring her to his Godalming mansion. He did the same repeatedly but she was told to keep it all very, very quiet.

Now that this story has come to light Cheryl is neither annoyed nor upset about the story itself, rather she's just fed up of being linked to him constantly.

I've been divorced for years. Stop involving me in stories on my ex-husband. It's lazy and boring..Please get over it FFS

Cheryl's currently on tour with Girls Aloud for their Ten tour with their final night in London today (3rd March) and further dates around the UK.