Cheryl Cole Has Become 'Braver' With Her Style

Cheryl Cole has become ''braver'' with her personal style as her career has evolved and was inspired by her new album to try bolder and brighter patterns and colours. 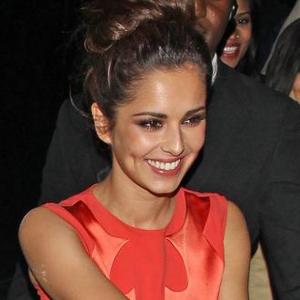 Cheryl Cole has become ''braver'' with her personal style as her career has evolved.

The 'Call My Name' singer claims her musical Evolution on new album 'A Million Lights' has inspired her to be more adventurous with the clothes and try bolder patterns and crazy colour combinations.

She told VOGUE TV: ''I feel like, each album you feel different, the music feels different and naturally with that, your style evolves. You get a little bit braver, maybe.

''I have got braver on this album because I've gone for complete pattern clashes which goes against all the rules. Crazy colour and pattern and clashing which is something I have never done before, but I was ready for this album.''

The 28-year-old beauty cited Roberto Cavalli and the late Alexander McQueen as her all-time favourite designers and revealed that Roberto's iconic prints have been a wardrobe staple since her style overhaul.

She gushed: ''I've always been a fan. He does a bit of the pattern stuff, he actually made my outfit on 'The Voice' - bespoke.

''We have a great relationship and I love all his pattern stuff. He's always had that actually, it's just really at the forefront of fashion right now!''

Cheryl credits her rise to fame on talent show 'Popstars: The Rivals' in 2002 and subsequent success with bandmates Nicola Roberts, Kimberly Walsh, Nadine Coyle and Sarah Harding for her fashion education and trademark glamourous look.

She explained: ''I wasn't aware of fashion, I was wasn't that femininely dressed. I was always quite girly, but I was tomboy-y dressed because I liked TLC [the band] and loved the whole hip-hop scene.

''I liked the baggy jeans with the Timbalands and the vest and the cap and thought I was kinda cool like that! It wasn't until late teens until I got into the group [Girls Aloud] really and I've seen what a glamorous woman was really like that I was like, wow.

''I loved glamour and I loved gorgeous women and how clothes made them look, that I was then taken by clothes, but it wasn't always until later on in my life.''