Cheryl Cole Lashes Out At Louis Walsh Over Mismananagement 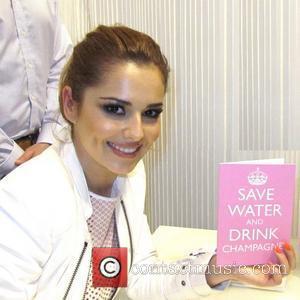 No Cheryl Cole ! We thought you were and Louis Walsh were best of pals! In surprising revelations, Cole has attacked her group Girls Aloud's manager and her former 'X Factor UK' judging partner by claiming that he did nothing to help the five-piece as they soared to fame after winning the reality singing contest 'Popstars: The Rivals' back in 2002.
Cole was talking to the forthcoming issue of magazine Marie Claire and laid into the Irish music mogul, saying "We didn't talk to him or anything like that. He just took a cheque," adding "Oh yeah, he took the cheques." Cole wasn't done there either, admonishing Walsh for calling the girls fat. "When I originally got in the band, I remember the first mean story I read where newspapers called us 'pork stars' - because the show was called Popstars: the Rivals," she said, adding "Louis Walsh had come out publicly and said, 'They're all fat. They all need to lose weight'. And the record label sent us all to have training."
The comments come as somewhat of a surprise given that, since Cole's disastrous and short-lived stint on the US 'X Factor,' it's been Walsh who's been defending her in the wake of the souring of relations between her and Simon Cowell. He may not feel inclined to do so for much longer however, in light of these recent allegations.