Cheryl Cole has been learning to speak French from her new boyfriend Jean-Bernard Fernandez-Versini. 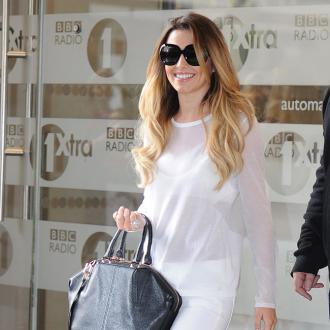 The 30-year-old singer - who famously had a song called 'Can't Speak French' with her former girl band Girls Aloud - has been learning the language from her new beau, Jean-Bernard Fernandez-Versini.

And it seems Jean-Bernard has also been picking up some colloquialisms from Newcastle native Cheryl.

He told The Sun newspaper: ''My English is better than her French but I teach her the words. Mainly the bad words! She teaches me the Geordie.''

Jean-Bernard recently accompanied his girlfriend to London to see her perform her new single 'Crazy Stupid Love' at the final of TV talent show, 'Britain's Got Talent', and he was blown away by her stage presence.

He gushed: ''She is amazing. It was good to see her performing. I was proud. Impressed? Yes, very, very impressed.''

The pair were first linked together when Cheryl attended Cannes Film Festival last month and it seems their romance is going from strength-to-strength.

A source previously said: ''She's really happy. They're an item and Cheryl is ready to find love again.

''After a difficult few years, she wants to get back out there and start having some fun. But at the end of the day she wants to be in a relationship because that is what will make her really happy.''