Fox bosses in the US have indicated Cheryl Cole would be ''terrific'' on the forthcoming US version of UK TV talent show 'The X Factor'. 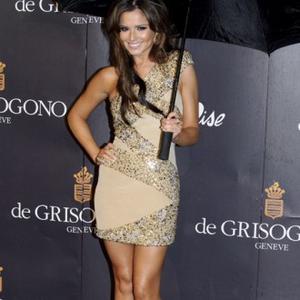 Cheryl Cole will be a "terrific judge" on the US version of 'The X Factor'.

TV bosses have backed the 'Fight for This Love' hitmaker because of her "wonderful chemistry" with programme supremo Simon Cowell on the UK talent search show, fuelling speculation she will play a prominent role in the American contest.

Peter Rice, the head of entertainment on the Fox network, said: "If Cheryl was to be on the show, I think she's proved she's a terrific judge. She has wonderful chemistry with Simon."

Speaking at the Television Critics Association seminar in Pasadena, California, Peter confirmed there would be four judges on the show, two men and two women, but insisted Simon would not be making the final decision on who would appear on it.

He said: "There's great speculation. I think Simon is still meeting and trying to find the right mixture. It'll be four judges as it is in England - it's two men, two women, one of which will be Simon.'

"Simon's going to come to us and he's going to say, 'This is who I would like the judges to be,' and we'll have a conversation about it."

Peter also claimed the show would be different from 'American Idol' because of the involvement of judges with their acts, meaning they could find the next "Stevie Wonder or Michael Jackson".

He said: "If they discover Stevie Wonder or Michael Jackson or some 10-year-old phenomenon, that's not something you're gonna see on 'Idol'.

"The other thing which I find most different about it is the way in which the judges own the groups, or own their categories, really differentiates the show. I'm really excited to bring the show here."

Cheryl already has close ties to the US - she is believed to be dating 'Dancing With The Stars' professional Derek Hough.