Calvin Harris was left disappointed after Cheryl Cole only managed to stay out for 15 minutes on a night out in Las Vegas. 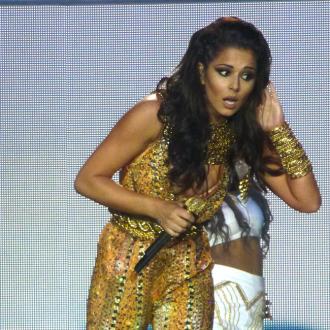 Cheryl Cole cannot go out two nights in a row.

The Girls Aloud singer left DJ and music star Calvin Harris disappointed when she agreed to go on a night out with him in gambling city Las Vegas, and then decide to go home after just 15 minutes because she had gone out the previous night.

Calvin said on KISS FM: ''We went out once in Vegas, but she'd been out the night before so she only lasted about 15 minutes. It was disappointing.

Cheryl is not the only pop star Scottish-born Calvin has revealed his disappointment in recently - he also upset Lady GaGa when he claimed her producers wanted him to work with her and he turned them down.

She wrote on twitter: ''Seems to be trendy lately to talk s**t about ''lady gaga'' when your albums/singles drop. Y'all should live off your own hustle. #Ido

''never even emailed you @calvinharris I guess it's hard to believe I write + produce my music. cuz I'm a woman I don't know about EDM right? (sic)''

Calvin later apologised for what he said.