Cheryl Cole wants to stop using her surname in her career and be known simply as 'Cheryl'. 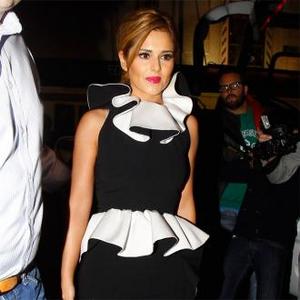 Cheryl Cole is dropping her surname.

The Girls Aloud star - who kept ex-husband Ashley's last name following their 2010 divorce - now wants to follow in the footsteps of Madonna, Kylie and Rihanna and be known by just her first name.

A source told The Sun newspaper: ''Cheryl is beginning a new chapter in her life so she doesn't want to be associated with negative stuff from the past.

''She's not removing Cole legally, it's just a career statement. She's in a really good place at the moment and wants to take life by the balls.

''She can't wait to start performing live again and her new stage name has given her comeback an extra bit of spice.''

The '3 Words' singer ended her marriage to Ashley amid allegations he had cheated, but refused to revert back to her maiden name of Tweedy because she did not want people to think she was ''ashamed'' of their union.

She explained: ''If I went back to being Cheryl Tweedy I'd be ... I'm not ashamed of my marriage, it's a period in my life. And I am Cheryl Cole. That's how I feel.''