Cheryl Cole looks set to make a cameo appearance in 'The Hangover 3' after Zach Galifianakis fuelled speculation the 'Call My Name' singer will star in the forthcoming comedy film. 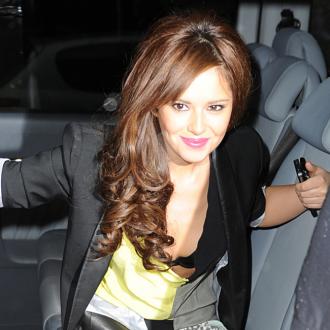 Cheryl Cole looks set to make a cameo appearance in 'The Hangover 3'.

Zach Galifianakis - who soared to fame after starring in the first two movies in the comedy franchise - has fuelled speculation the 29-year-old singer is going to appear in the forthcoming film after admitting there is ''something'' to the rumours.

He told FHM magazine: ''I have heard the rumours about her making a cameo and there seems to be something to them. But I don't know if anything's signed yet.''

'The Hangover 3' is currently shooting in Los Angeles with main characters Zach, Bradley Cooper, Ed Helms and Justin Bartha all set to return and Mike Tyson and Heather Graham are also expected to reprise their roles.

'Bridesmaids' star Melissa McCarthy is also set to make a cameo appearance in the hotly-anticipated motion picture, which is expected to see the main characters, nicknamed The Wolfpack, head out on a road trip, with rumours Zach's alter-ego Alan will need help escaping from an institution.

But the upcoming movie will not be the former 'X Factor' judge's first big screen role after she starred as herself as a TV dance talent show panellist in this year's romantic comedy 'What to Expect When You're Expecting'.