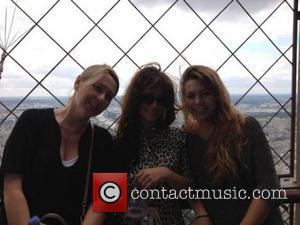 Picture: Cheryl Cole tweets this pic with the caption, 'WE MADE IT!!!!!!' 13.06.12 Supplied by WENN does not claim any ownership including but not...

It looks like the Bieber Fever is cooling down since Geordie beauty Cheryl Cole 's new album 'A Million Lights' has reached pre-order sales of almost twice as many as Justin Bieber's 'Believe' on amazon.co.uk.

Both albums are set for release on Monday 18th June 2012 but it looks like Cheryl's third solo studio album will outsell the 'Baby' hitmaker massively after already releasing the fastest single to reach number one in 2012 at just 11 hours with 'Call My Name'.

'There is a genuine excitement about the release of 'A Million Lights' which looks set to become one of the biggest sellers of the year so far,' says Amazon music manager Paul Firth who also goes on to predict a hat trick of best-selling albums from the Girls Aloud popstar. 'Cheryl is really establishing herself as a leading female solo artist here in the UK.'

Justin Bieber has not only been outsold by Cheryl already, but former GUNS 'N' ROSES member and guitar legend Slash has also reached pre-order sales of 80% more than Biebs with his upcoming 'Apocalyptic Love'.

With all this, allegations of aggravated assault against a paparazzo and almost being mobbed by a hoard of dedicated fans at a London studio, Bieber really doesn't seem to be having the best year of his musical career.