Cheryl Cole has admitted she would love a date with rapper P.Diddy. 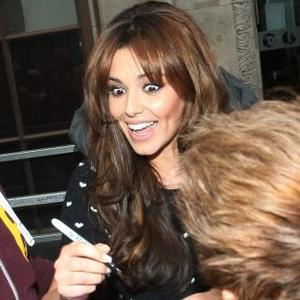 The British singer is a fan of the rap mogul and wanted him to be her ''chaperone'' to the glamorous 'Amour' premiere she attended at the Cannes Film Festival earlier this year.

In a diary account of her time at the French event for Britain's InStyle magazine, she wrote: ''The excitement is kicking in, P. Diddy has apparently been in Cannes - if he's still here, he can chaperone me... Wishful thinking.''

The 'Call My Name' hitmaker admitted she will only date guys if she likes their footwear.

She added: ''You can tell a lot about someone just from their shoes so I always pick mine carefully.

''When I meet a guy, I check out his smile, his eyes and then his shoes. They are a real deal-breaker.''

Cheryl also revealed she listens to whale song ahead of a big event in order to calm her nerves.

She said: ''I like peace and quiet before a big event so I can compose myself.

''Some of the Girls Aloud girls, like Sarah Harding, go bananas before a performance with dance tracks. I prefer spa music like whales crying and a nice lit candle.''