Girls Aloud star Cheryl Cole has warned ex-husband Ashley to leave the UK when her autobiography comes out, because she is going to be honest about their split. 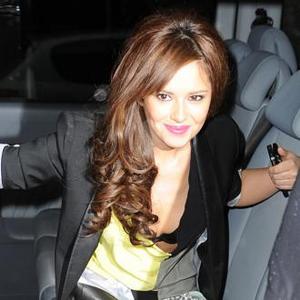 Cheryl Cole has warned ex-husband Ashley to leave the UK when her autobiography comes out.

The 'Under the Sun' singer - who divorced the England soccer player in 2010 following revelations he had cheated on her with a string of women - has written an ''honest and truthful'' book about her life but decided to let her former spouse know about it so he could be prepared for the fallout.

When asked by talk show host Jonathan Ross if Ashley wanted any alterations, Cheryl replied: ''It wouldn't have mattered if he did, to be quite honest.

''I just thought it would be nice that I gave him the heads up so he can leave the country two weeks before.''

The Girls Aloud beauty - who is now dating dancer Tre Holloway - said she decided to write 'My Story', because she wanted to get her side across and let people know the truth about everything in her life.

She added: ''I am just sick of other people's sh*t to be perfectly honest with you and want to say my own sh*t.

''It will be honest and the truth - from my own perspective.''