Cheryl Cole has been confirmed as a judge on the US 'x factor', joining Simon Cowell, L.A. Reid and former 'American Idol' panellist Paula Abdul. 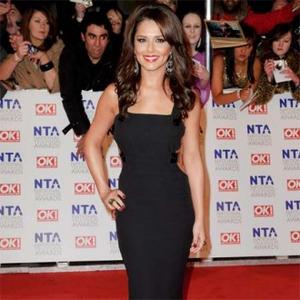 Cheryl Cole has been confirmed as a judge on the US version of 'The X Factor'.

Simon Cowell has revealed the 'Promise This' singer will join him and record executive L.A. Reid - as well as former 'American Idol' judge Paula Abdul - on the panel for the Stateside version of the talent contest after TV boss Mike Darnell "fell in love" with her.

Simon said: "With Cheryl, when I hired her initially I'd only met her literally once when I offered her the job on 'The X Factor'. I thought she was bright, cute, knew what she was talking about, ambitious.

"You meet someone special a few times in your life. This girl is special. She's got a great ability to communicate. She's a great judge. She's smart. It's just a hunch. If people take to her like the British public did, I think she's going to do really well in America. Fox were desperate to hire her.

"I showed a tape to Mike Darnell of a clip I'd shot in England of Cheryl and he said, 'I'd hire her now for 'American Idol'.' They absolutely fell in love with her."

The 51-year-old music mogul insisted US TV executives wanted the 27-year-old beauty as a judge "immediately", despite the likes of Jennifer Lopez, Cee Lo Green and Mariah Carey also believed to be in the running for a place on the panel.

Speaking to Deadline.com, he added: "They wanted her all the time. They absolutely fell in love with her. In a way, the deal was almost conditional on Cheryl having the gig."

Meanwhile, Simon - who quit his role on 'American Idol' last year to concentrate on the launch of 'The X Factor' - admitted he has "never found anyone better" than former co-host Paula Abdul, who will join the trio on the panel.

He said: "It is like casting a dinner party. I've always wanted Paula - I've never found anyone better. You just have to get that chemistry.

"I've always loved working with her even though she can be a pain."