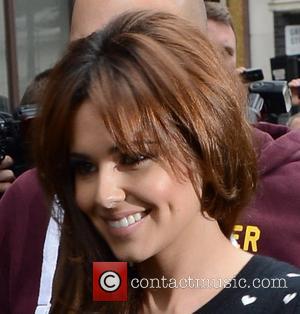 British singer Cheryl Cole felt like she was in a "fairytale" after performing at the special concert to celebrate Queen Elizabeth II's 60 years on the throne after she began chatting to Catherine, Duchess Of Cambridge over drinks.
The Girls Aloud star performed a duet with Gary Barlow, who had organised the gig as part of the British monarch's Diamond Jubilee weekend earlier this month (Jun12).
Cole found herself in the line-up alongside legends including Stevie Wonder and Sir Paul MCCartney, but was most "starstruck" when she chatted with Prince William and his wife at the afterparty.
She tells The Sun, "I spent quite a bit of time chatting to Kate and William. She's just so normal. They're royals but they're not disconnected from us, they know what's going on in the world.
"They were just saying how happy they were with the performance and what a good night the Queen had.
"I was a bit starstruck though, a bit like, 'Wow, these are our royals and I'm in Buckingham Palace having a drink.' Kate's doing really well. It must be tough being thrust into the limelight but she doesn't seem to flinch.
"She takes it in her stride. I love that she wears things twice. Welcome to the real world. Kate's mother came over to me at one point and said, 'You've got Middleton dimples.' Pippa was gorgeous too.
"At one point I heard a couple of people singing over my shoulder. I turned around and it was Paul MCCartney and Stevie Wonder. You can't even imagine those moments. It's everything that you think of in a fairytale."