British Pop Star Cheryl Fernandez-Versini Is Nursing An Injured Foot After Burning Herself On A Hair Styling Product. 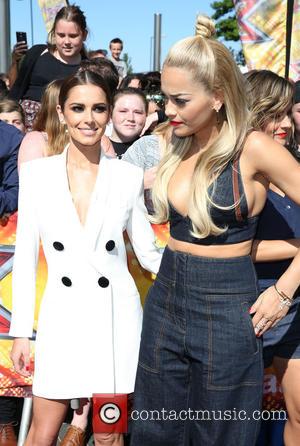 The former Girls Aloud star, formerly known as Cheryl Cole, opened up about her injury on Monday (20Jul15), during filming for the London leg of auditions for U.K. reality show The X Factor, on which she serves as a judge.

Explaining why she was having trouble walking, the singer told the audience at The SSE Arena, "I stood on a hair tong this morning and I burnt the bottom of my foot."

Fernandez-Versini, who had to ditch her high heels in favour of slippers for the auditions, went on to admit the clumsy incident was "embarrassing", and although she was teased by her The X Factor boss and fellow judge Simon Cowell, he did praise the star for turning up for work.

According to the BBC, he stated, "When a lot of people would have been in hospital, it really means a lot."

Tryouts for the 12th season of the talent show in Manchester, England were previously delayed following the death of Cowell's mother, Julie, who passed away on 5 July (15), while the first auditions in London last week (begs13Jul15) were also postponed by a day as Julie was laid to rest.