Cheryl Fernandez-Versini has been announced as the Beauty Icon of 2014 ahead of the Duchess of Cambridge, who has been crowned winner since 2011. 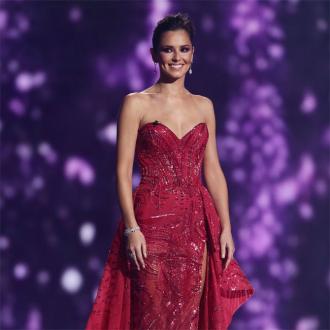 Cheryl Fernandez-Versini has been crowned Beauty Icon of 2014.

The 31-year-old singer beat off competition from former 'Coronation Street' actress Michelle Keegan and the Duchess of Cambridge - who has taken the top spot since 2011 - to take home the title.

The brunette beauty - who returned as a judge on 'The X Factor' this year, scored her fifth number one single, married her French beau Jean-Bernard Fernandez-Versini and launched her debut perfume StormFlower - received a huge 30 percent of the votes taken in a survey of 2,000 British women by high street store Superdrug.

A spokesperson for the retailer said: ''What a great year Cheryl has had, newly married, chart-topping hits and now beauty icon of the year.

''Our customers definitely take their cues from Cheryl, she's a natural beauty not afraid to try the latest beauty trends and always looks completely polished.

''In fact our customers are so inspired by her that her debut perfume, launched earlier this year, has already secured itself as our number three bestselling celebrity scent.''

Singer and 'Strictly Come Dancing' contestant Pixie Lott also appeared in the top 20 for the first time alongside Cheryl's 'X Factor' co-star Mel B and this year's runner-up, Fleur East.