Cheryl Fernandez-Versini enjoys ''dancing with strangers'' when she's drunk, despite being timid without alcohol. 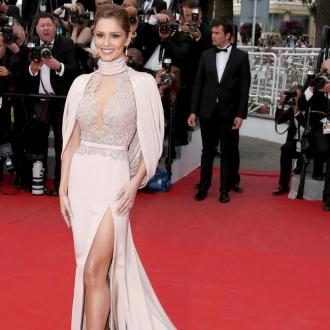 The 'Crazy Stupid Love' hitmaker has revealed while she's usually fairly shy, she becomes extra friendly after a drink and tends to abandon her pals in nightclubs in order to make new friends.

She admitted: ''If it's pre-drink, then I am very reserved and just enjoy the music and the atmosphere. But a couple of drinks later, I'm up there - my friends can't find me in the club, I'm dancing with strangers. I'm one of those really happy tipsy people who just wants to have fun with everyone who's having a good time. My friends will say, 'Where were you?' and I'll have made friends with a group of girls in the corner on my own.''

However, the 31-year-old musician - who wed restaurateur Jean-Bernard Fernandez-Versini last year - said without a drink in hand, she feels awkward when other people she doesn't know approach her.

Speaking about being recognised in public, she explained: ''I'm a lot more relaxed about it now, but it never feels normal. Some girls recently asked me for a selfie in a restaurant toilet. It was weird.

''It was me with these three girls and I thought, 'I have red wine lips, we are in the bathroom and no! Just no!'''

And although the former Girls Aloud member - who hails from Newcastle upon Tyne in northern England - mostly enjoys her fame, her ''fortunate'' position does occasionally make her anxious.

She told The Sunday Mirror newspaper: ''I have done some pretty s**tty jobs, I've worked since I was 15 in cafes and stuff like that, but it's all life experience. I wouldn't be able to appreciate the luxuries I have now without it. Sometimes it scares me how fortunate I am.''