Cheryl Fernandez-Versini: I look too thin

Pop star Cheryl Fernandez-Versini has admitted she looks too thin, and has been hurt by recent comments regarding her figure. 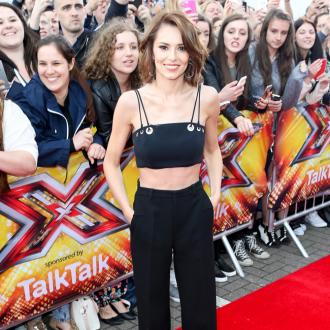 The 32-year-old pop star has confessed she's been hurt by comments regarding her weight loss - which has been caused by stress - and is ''mortified'' by the suggestion she is trying to look skinny on purpose.

She told The Sun newspaper: ''It's not nice but there are people out there going through similar things to me, it hurts them.''

However, a source close to the brunette has claimed Cheryl's role as a judge on the British reality TV show 'The X Factor' has given her a much-needed boost following the death of husband Jean-Bernard's dad.

The insider said: '''X Factor' is giving Cheryl her spark back. She's been eating lots and is getting her strength up.

''She has had a stressful time but she's feeling really happy to be working again.''

This comes shortly after the former Girls Aloud star, who married her husband last year, admitted she's struggled with her weight in recent times.

She said: ''I am so sick and tired of it being ok to call somebody too thin.

''You have no idea what I have been through. Just losing my father-in-law recently.''