The former Girls Aloud singer was not happy to hear the dreaded ‘c-word’ during the recent London auditions.

New ‘X-Factor’ judge Nick Grimshaw may have gotten on wrong side of colleague Cheryl Fernandez-Versini already, when he called the singer by her former married name of Cheryl Cole. The slip up occurred during the London round of auditions for the talent show which took place at Wembley earlier this week. 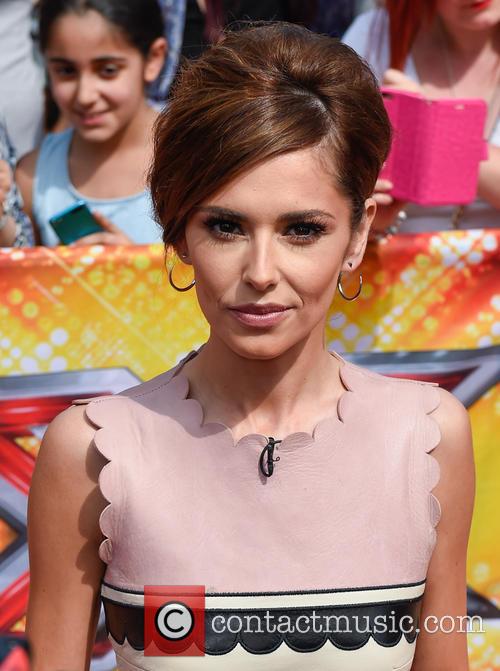 According to fans in attendance Grimshaw referred to the Geordie singer as Cheryl Cole when asking for her opinion after an audition. Cheryl is said to have snapped back, 'It's Cheryl or Chezza!’

Fellow judge Rita Ora, who was sitting in between the pair, then reportedly chimed in with 'I'm backing away,' while Simon Cowell quipped, ’Awkward, awkward!’ It’s not the first time the singer has been mistakenly called by her former surname.

According to the Daily Mail last October, a similar incident occurred when warm-up host Ian Royce accidentally used Cole instead of Fernandez-Versini in front of the studio audience. Cheryl is then said to have sternly told Ian, ''It's not hard to pronounce my name phonetically' after he tried to crack a joke about her surname. “It wasn't hard to say unless you were arrogant and had no common sense,” the singer then added.

Cheryl began her recording career using her maiden name Tweedy when she first found fame with Girls Aloud on talent show 'Popstars: The Rivals'. After her 2006 wedding to footballer Ashley Cole Cheryl began using his surname, even keeping it after the couple’s 2010 divorce. However Cheryl then dropped her ex’s surname following her marriage last year to Jean-Bernard Fernandez-Versini.

More: Rita Ora Reveals The Not So Interesting Reason Why She Left 'The Voice' For ‘X-Factor'

The 32 year old also made headlines last week after some observers accused her of looking too thin during the talent show auditions. Speaking to The Sun the singer said it was 'not nice’ to hear people criticising her figure and added, ‘there are people out there going through similar things to me, it hurts them.’

Cheryl is returning to the ‘X-Factor’ judging panel for the second year in a row having come back to the show last year for the first time since 2010. Joining Cheryl and Simon Cowell for the show’s 11th series are two new judges, Rita Ora and DJ Nick Grimshaw replacing long-running mentor Louis Walsh.