Cheryl Fernandez-Versini: It's a good time to be a woman

Cheryl Fernandez-Versini thinks it's a ''good time'' to be a woman in her 30s and feels as though she fits her own skin better now than ever before. 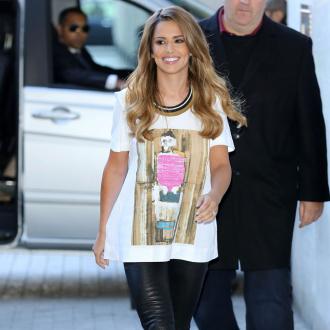 Cheryl Fernandez-Versini thinks it's a ''good time'' to be a woman.

The 'Crazy Stupid Love' hitmaker - who married Jean-Bernard in a secret ceremony in July this earlier - loves being a 31-year-old woman in today's society.

Cheryl is due to release her fourth solo album, 'Only Human', next month and has revealed that she's not worried about where it lands in the charts.

She said: ''I'm at that point in my life and my career where I just love what I do.

''It's not about chart positions anymore, it's not about any of that. It's just about putting out music that you believe in and that you love and sending out a message that you want to send out.''

Meanwhile, the former-Girls Aloud star previously admitted that her short break from music had changed her attitude towards life in the public eye and her portrayal in the media.

''So I may as well do what I love and you're still gonna write it anyway.''

She added: ''I hadn't stopped for ten years so I needed that break to re-evaluate life, do normal things, simple things - be with the dogs - just enjoy life and enjoy what I'd achieved.

''Even sometimes when you're achieving and you're on this treadmill you don't even appreciate it or understand it fully, because you're onto the next thing already. I just got numb to it all, I got numb to life.''