Cheryl Fernandez-Versini likes the fact she isn't famous in America because she needs to be able to travel to countries where she ''can be free''. 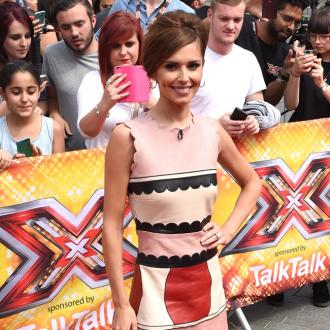 Cheryl Fernandez-Versini is glad she isn't famous in the US because she needs to be able to go to places where she ''can be free''.

The 'I Don't Care' singer insists she has never had ''an American Dream'' and has never pursued Stateside chart success because she enjoys having anonymity outside of the UK so she can enjoy a normal lifestyle.

In an interview with ES Magazine, Cheryl said: ''I never had an American Dream ... I've had opportunities to sign a solo US deal that I didn't take ... I couldn't bear to think of being famous worldwide ... I like to go to places where I'm not known, where I can be free.''

Cheryl did sign up to be a judge on the American version of 'The X Factor' in 2011 but was fired from the pop star search show just a few weeks in, allegedly by text message, by boss Simon Cowell.

The former Girls Aloud star - who returned to the judging panel of the UK 'X Factor' last year - accepts Simon had to let her go as she was in a ''dark place'' following the end of her marriage to soccer player Ashley Cole in 2010 and wasn't up to starring on the programme.

Cheryl - who is married to Jean-Bernard Fernandez-Versini - said: ''I was running away from so much stuff in my life in the UK, I took the job ... I was suffering from a lot of things - heartache, confusion - I was in a dark place. It was definitely handled the wrong way. I've made (Simon) fully aware of that.''