Cheryl Fernandez-Versini admits it isn't ''easy'' being married to her because plans often have to change to accommodate her work. 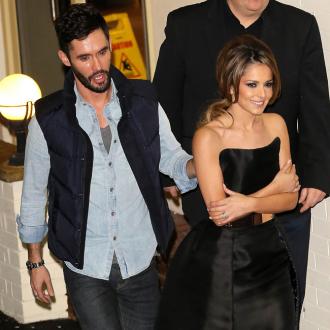 Cheryl Fernandez-Versini admits it isn't ''easy'' being married to her.

The 32-year-old beauty thinks she is a ''low maintenance'' wife to Jean-Bernard Fernandez-Versini but also knows it can be tough for her husband as her career commitments often mean their plans have to change.

Asked what it's like being married to her, she said: ''I think I'm low maintenance, but maybe I'm deluded.

''I know my environment isn't easy - my day gets planned out in advance all the time, so I'm like, 'Oh, actually change that. We can't meet tonight'.''

The 'Only Human' singer admitted she and her restaurateur husband occasionally row but she isn't a ''sulker'' and tries not to shout when they don't see eye-to-eye.

She told the new issue of Britain's InStyle magazine: ''Well, I'm not a sulker; I've learnt how to express my feelings in a calm way, even if I do want to shout. And if I shout? You know it's bad. But I save it for the big things - I never lose it over the toilet seat being left up.''

The 'X Factor' judge has been criticised for her slender frame in recent months and she can't understand why that is acceptable, but mocking overweight people isn't.

She said: ''It's crazy double standards. You'd never be allowed to say to somebody, 'Oh, you look a bit fat.'

''And being overweight is unhealthy - it's actually a bad message to tell someone who is obese that they look 'curvy' or 'great'.

''But you know what? After this length of time, there's nothing I can hear about myself that I haven't already heard.''