Could Cheryl Cole And Will.I.Am Be Joining The UK 'X Factor' Panel Next Year? 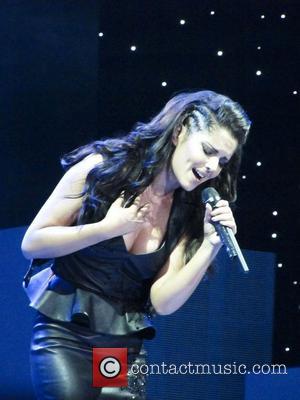 Cheryl Cole could be heading back to the UK X Factor permanently, and in further surprising rumours she could be taking her good friend Will.i.am with her. The rumours come in spite of the fact that Cole and show boss Simon Cowell have a rather frosty relationship these days, whilst Will.I.am is currently contracted as a voice coach on rival BBC show The Voice.

Despite those slight obstacles, Cowell is apparently keen on the idea, given that ITV are getting alarming slumps in ratings for the new series of the show. According to The Daily Mirror, the show has lost three million viewers since last year, and the mogul is already thinking ahead for solutions in how to arrest the slide for next season. The pair would cost at least $3 million, but according to an insider, "We need to do something dramatic and this would be a coup. It would give us the best judging line-up in X Factor history."

Cole has returned this season already, albeit just in a mentor role, but she's still remembered fondly for her judge's run in the UK. Those on the way out may well be Gary Barlow and Nichole Scherzinger should such a move happen. The belief is that Will.I.Am - good friends with Cowell still - would be able to convince Cole. "Will would be the best person on the planet to persuade Cheryl that one last hurrah could be fun" the insider said. "Though we realise it would be expensive."