Rita Ora claims she was originally offered Cheryl Cole's new song 'Call My Name' but turned it down. 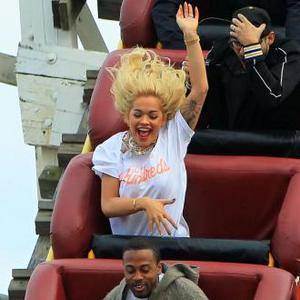 The 'Hot Right Now' singer was originally offered the tune - written and produced by Calvin Harris - but didn't record it because it is similar in style to other recent songs and doesn't fit with her style.

She told The Sun newspaper: ''I heard 'Call My Name' quite a while ago because I was offered it. I turned it down. I do like the song but I didn't want to sing it because it's not really me.

''I don't want to go down the dance route that a lot of other pop stars are doing. I prefer to have my own sound and do my own thing.''

Cheryl - who has taken time out of the limelight after she was sensationally sacked as a judge on the panel of the US 'x factor' - will release 'Call My Name' on June 10, with her third album 'A Million Lights' following on June 18.

The singer is rumoured to have worked with producer Alex da Kid - who was behind Eminem's 'Love the Way You Lie' - in New York on the record.

A source said at the time: ''Some of the recording sessions have run into the very early hours with just the two of them and a laptop in their hotel rooms.

''Cheryl has been suffering from jet lag and couldn't sleep, so they have just worked through the night.''

'A Million Lights' is the follow up to 2010's 'Messy Little Raindrops'.