Cheryl Cole's manager will.i.am thinks she is as much of a perfectionist as the late Michael Jackson. 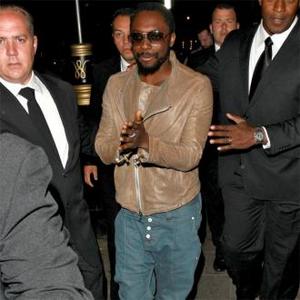 The Black Eyed Peas star - who manages the Girls Aloud singer - thinks Cheryl is as much as a perfectionist as the late 'Thriller' hitmaker, and claims her upcoming third solo album will be ''big''.

He said: ''I can't give too much away but Cheryl's album is going to be big. Like Michael Jackson she is a complete perfectionist. Unless she is 100 per cent happy with something she just won't put it out there.

''She has got some of the biggest artists and producers in the industry to work with her, not just because she is talented but because everybody who meets her loves her.''

Will.i.am believes Cheryl's genuine nature is what makes people warm to her.

He added to the Daily Star newspaper: ''She is one of the most likeable people in the industry and to be genuine is as important as talent.''

It was recently revealed Cheryl was the second richest young musician in the UK - beaten only by 'Someone Like You' singer Adele - with earnings of £12 million.