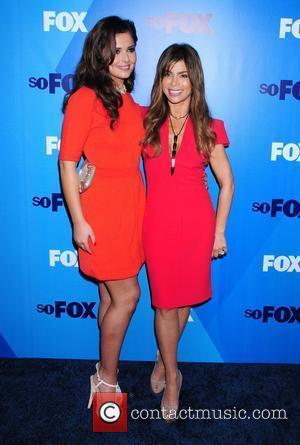 The firing of British singer Cheryl Cole as a judge on the upcoming U.S. version of Simon Cowell's The X Factor had still not been acknowledged officially on Wednesday, a week after it had been leaked to the gossip website TMZ. None of those directly involved has commented -- not Fox TV, which plans to air the talent contest beginning in September, not Cowell or his production company, Syco, and not Cole herself. British tabloids, however, are filling the vacuum with blind quotes from sources that they say are close to the principal players. Today's (Wednesday) London Daily Mirror quoted an unnamed producer of the show as saying, "The truth is Cheryl was never herself on the U.S. show -- and it came across on camera. There was nothing anybody could do about it and the reality is the decision to remove Cheryl from the U.S. panel was never Simon's alone. He was not the axeman -- it was a group decision." The newspaper did not name the members of the "group." Citing no source, it did, however, indicate that Cowell had offered to assuage Cole's distress following her sacking by offering her $4.6 million to return to the British version of the show -- twice what the newspaper said she had been receiving previously, but that Cole refused even to speak to Cowell. British boy band manager Louis Walsh, who also serves as an X Factor judge in the U.K., shed no light on the firing but did tell the Mirror , "Cheryl and Simon will never patch things up. Absolutely not. No, no, no, no and no. I've been speaking to Cheryl all day and there is no way I can sort those two out." Meanwhile, it is unclear how Cole's departure will affect production of the show which had already begun auditions. Although there has been speculation that Cole has been replaced by singer Nicole Scherzinger, that, too, has not been confirmed.