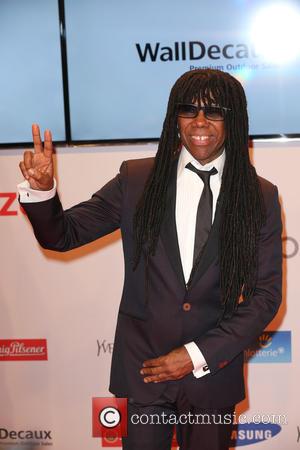 Picture: Nile Rodgers - Shots of a host of stars as they arrive for the annual German Goldene Kamera Awards 2015 which were held at Messehallen...

The veteran musician reveals Gallagher has pulled out plans to attend several Chic gigs because he did not want to deal with large numbers of revellers.

Rodgers tells British newspaper The Sun, "Noel has threatened to come to two or three of our gigs. But interestingly enough, I hear that he is somewhat shy. He doesn't like crowds.

"He was coming to one of our gigs not too long ago but my friend who was bringing him said he chickened out at the last minute. I said, 'Dude, Bono has been to at least seven of our shows and he's cool'."