Chief - The Minute I Saw It

Chief return with 'The Minute I Saw It', this is the third single from their debut album 'Modern Rituals' which was released in September through Domino Records. The Minute I Saw It is a perfect example of Chief's sun-drenched west coast style which acts as a perfect escape to the winter weather!

The video for the track was directed by Austin Peters and features many quintessential images associated with life in America, but when you take a deeper look, all's not quite what it seems. 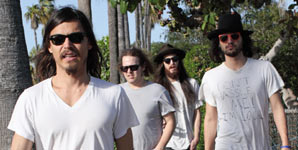 Chief are the latest band to join the Domino Records roster, their stunning debut album Modern Rituals is released this week. The band actually all hail from LA but met on the other side of the country in New York whilst at University.

By Sam Marland in Music Reviews on 10 September 2010

This California four piece find themselves all of a sudden signed to Domino, like a bolt out of the blue, they find themselves rubbing shoulders with some very successful acts - they must be doing something right.

The Story of Chief is an interesting one, being raised in sunny California, the four piece moved to the cultural hub of New York City to enrol at university. It was while in the Big Apple that the band got together, mixing their collaborative talents to great success.

Now back in their native Santa Monica, the band release Modern Rituals, an album that promises so much, but does it deliver? Well at times it does, with aplomb, take single Your Direction for example, almost folky in its music, fiddly guitar parts, acoustic guitars picked via intricate fashion, yet anthemic in its melodies and vocals. It's a wonderful juxtaposition that brims with passion. Yet, Your Direction is a deceiving track, it far from reflects the mood of this album, its anthemic vocals flirt with the idea of being uplifting. The same cannot be said about the likes of Breaking Walls, as sombre as it is triumphant, it finds itself very much in the vein of the Verve at their very best. 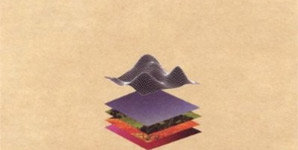 On August 30th 2010 Domino Records release Chief's new single Night & Day, this is the second single they've released through the label and is taken from their debut album Modern Rituals which was produced by Grammy winner Emery Dobyns. The album is set for release on September 20th 2010.

By Andrew Lockwood in Music Reviews on 05 July 2010

With the obligatory Glastonbury gig now ticked off in their things to do list Chief can once again concentrate on all things pertaining to the eagerly awaited debut LP entitled Modern Rituals. Teasing you with first, a free download, earlier in the year with 'Night & Day' the longitudinally traversing 'melo-rockers' present single number two, Breaking Walls.

The Santa Monica private (public to us) school boys took off to the more cosmopolitan East Coast to finish their years in educational institutions. The band started to rehearse and then gig after developing their sound around the penmanship of singer (Don't call him lead singer) Evan Koga. (they are "One family unit. No leaders, no egos, a four headed snake") Takes all sorts you know. Since then they've been snaffled up by London's very own Domino Records and moved back West where the sun is warmer, the surf is finer and the BPM is less frantic.

Flitting back and forth from East to West and enlisting the help of Grammy Award winner Emery Dobyns along the way the band with no leader, but a commanders name, have produced what they like to call a "Travellers record". Danny says "I listen to it and it immediately feels natural....I see myself driving down the PCH." There may be coastal references aplenty and a certain sun kissed appeal but don't be expecting Jan & Dean or The Beach Boys. Chief are the latest in an ever increasing line of very melodic, harmony driven folk flavoured rock that has become de rigueur of recent years. think Fleet Foxes, Great Lake Swimmers or Band Of Horses and you'll be in the ball park. 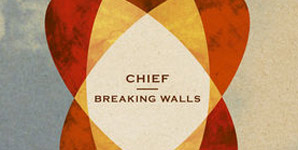 Chief - The Minute I Saw It Video