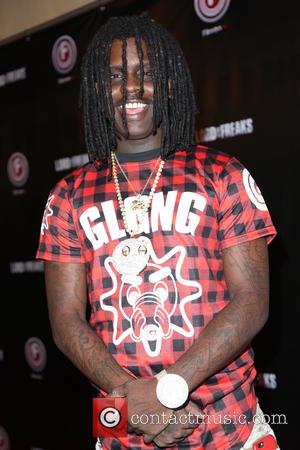 The hip-hop star, real name Keith Cozart, was scheduled to appear at an Auburn University's Sigma Phi Epsilon fraternity house bash in April, 2014, but, according to a new lawsuit, filed on Monday (31Aug15) in Cook County Circuit Court, he was a no show.

Following the 20 year old's alleged failure to appear, bosses at The Booking Collective, LLC were sued by members of Sigma Phi Epsilon for $70,000 (£44,000).

The company is suing Chief Keef for breach of contract and violation of the Illinois Consumer Fraud and Deceptive Business Practices Act.