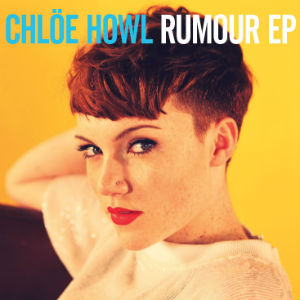 Chloe Howl turns 18 today. Whilst her peers are gearing up to get smashed in a salubrious local night spot, Howl is putting her debut EP and music video online.

... and then gearing up to get smashed in a salubrious local night spot.

The frank-talking teen turned up on the internet unannounced a week before Christmas, putting her sweary, sparky debut track 'No Strings' - with its snappy refrain 'no more crawling in your bed, f*** your no strings . I hope I have twins' - on Soundcloud to rapt response; the song has since had over 160,000 plays. 'Rumour' - with its equally lyrically-dexterous tales of drug dealers, teen pregnancy and underage boozing - followed in late-January, and now there's a video too.

What's more, 'Rumour' and 'No Strings' both feature on the three-track 'Rumour' EP, available to download for free from today.

'I guess people don't expect 17 year olds to own up and say: Oh hey guys! Yeah I drink alcohol and fool around,' she recently told The Line of Best Fit. 'I didn't really see the point in pretending this kind of stuff wasn't going on and acting as though everything's like Glee'.

Chlöe Howl is currently working on her debut album.