Carrie Remake Teaser Trailer: Will Fans Of The Original Be Converted? 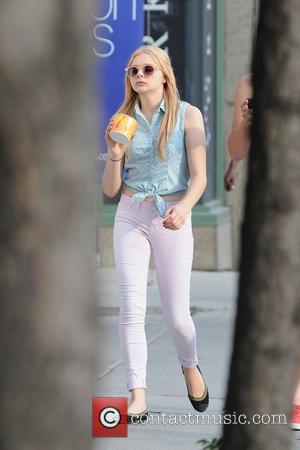 Picture: Chloe Grace Moretz enjoys an ice cream whilst out and about with a male companion in Toronto Toronto, Canada - 17.07.12

A teaser trailer for the Carrie remake was unveiled at New York’s Comic Con last weekend and has now made its way online. Starring Chloe Grace Moretz and Julianne Moore, the re-visioning of the 1976 Brian De Palma classic will, of course, have horror fanatics cowering behind the sofa in fear, peering gingerly through the fingers that fearfully cover their eyes. This won’t be because they are particularly scared of whatever is happening on screen, though but because they are petrified of what director Kimberly Peirce may have done to their beloved Carrie.

The teaser trailer itself isn’t exactly very… teasing. As the camera pans over an American town that’s been pretty much entirely set on fire, it eventually zooms in on Chloe Grace Moretz, stood in the middle of the street, surrounded by flames and covered in blood, recalling the classic Carrie scene. Except, in the classic image of Carrie (played by Sissy Spacek), covered in blood, she wasn’t standing in the middle of the street. She was at her school prom. But hey, why let a massive detail like that upset you? Perhaps this scene is just from her walk home from the prom. (Cue thousands of horror purists reaching for their ventilators).

Over the action, a montage of voices spout various suspense-inducing phrases, such as “she wasn’t some monster — she was just a girl” and “her mother was a fanatic, I don’t know how she lived with her.” We don’t get much more than that from this first glimpse of the film; the movie’s producers will have to try a lot harder than this if they want to coax any fans of the original out from behind the sofa.