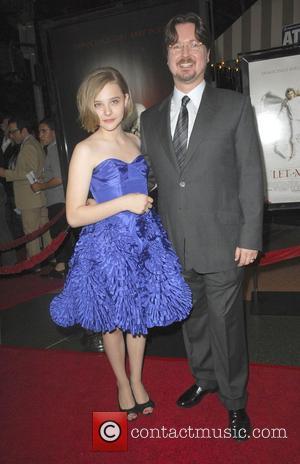 Chloe Grace Moretz, the 13-year-old actress and star of new vampire flick 'Let Me In', admits that she is banned from watching horror movies, reports the New York Post. The new movie is a remake of the acclaimed Swedish film 'Let The Right One In', but Moretz has revealed that she is yet to see the original, saying, "My mom won't let me watch the whole thing".
The child actress is gaining a reputation for taking on precocious roles, and her last movie was the ultra-violent comic-book film 'Kiss-Ass'. Her performance drew comparisons with Natalie Portman'S in 'The Professional', and Moretz spoke about how she's flattered by the likening, saying, "Yeah, people say that - thank you for comparing me to her! She's my number-one role model."
Martin Scorsese was so impressed by Moretz in her first few films that he recently cast her as the lead in his latest movie, 'Hugo Cabret'. Set in Paris in the 1930's, the drama follows an orphan who lives in the walls of a train station, and also stars Jude Law, Ben Kingsley, and Sacha Baron Cohen. Speaking about the director, Moretz said that 'The Aviator' was her favourite film, before adding, "I've always wanted to see 'Taxi Driver,' but my mom's like, 'No way. You're too young".