Chloe Moretz: Carrie Will Be Dark And Psychological

Chloe Moretz says the 'Carrie' remake will be ''darker and more psychological'' than the original 1976 horror film and based on the Stephen King book of the same name more than the previous motion picture. 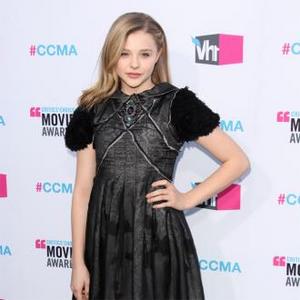 Chloe Moretz says the 'Carrie' remake will be ''darker and more psychological'' than the original.

The 'Kick-Ass' actress has signed up to play the titular role - a bullied schoolgirl who discovers she has psychic powers and uses them to cause havoc in her hometown - in the reboot of the 1976 horror film, and she revealed the movie will have similarities to 2010 psychological thriller 'Black Swan'.

She said: ''It's darker and much more psychological. More 'Black Swan'. You're really looking into her mind and it really looks into the relationship of Margaret and Carrie. It's set in modern time, so it's a lot different.''

The 15-year-old actress confirmed the remake will be based on the Stephen King novel of the same name more than the previous motion picture - which starred Sissy Spacek and Piper Laurie, with Brian De Palma at the helm - even though she admits the film was ''one of the best movies ever made''.

She explained: ''I'm actually not looking at the original, even though De Palma's movie was one of the best movies ever made. It's completely iconic and I'm proud to be able to be doing a retooling of it. We're kind of going off the book.''

Chloe is delighted to be working with director Kimberly Peirce on the project - which sees 'The Kids Are Alright' star Julianne Moore lined up to play her alter-ego's abusive, fundamentalist Christian mother Margaret - because she trusts the helmer ''more than a lot of directors''.

She added to ComingSoon.net: ''I start that June 1st. It's going to be very well done. I don't want to jinx it, but [Peirce] is a genius, genius, genius director. I would never do it with someone that I don't trust. I trust her more than a lot of the directors I've worked with. She's the right woman for the job.''