Chloe Moretz's part in 'Carrie' has been her ''most vulnerable'' movie role and she is anxious about people seeing it. 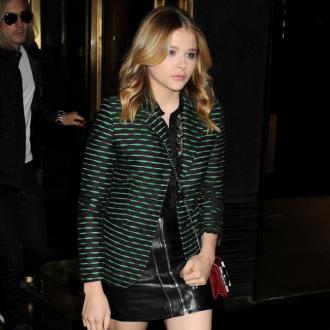 Chloe Moretz's part in 'Carrie' has been her ''most vulnerable'' movie role.

The 16-year-old actress assumes the role of teenager Carrie White in a remake of the Stephen King novel and although she was keen to be cast as the female lead she is still anxious about people seeing it.

She explained: ''It's probably the most vulnerable I've ever been as an actor, so in some ways it's kind of terrifying for people to see it, but at the same time it's very exciting and kind of an awakening for me because it's something I've never done before.''

The Kimberly Peirce-directed adaptation centres on misfit Carrie, who is compelled to use her telekinetic powers when taunted to the brink by her peers and sternly religious mother Margaret (played by Julianne Moore).

Moretz thinks the famous blood scene in which her character has a bucket of blood thrown on her in a high school mean prank is played out better now than in the 1976 film adaptation directed by Brian De Palma.

She told flicksandbits.com: ''Hopefully people will really like this Carrie and they'll really be interested in her look. It's so different than the first one, I think. I think that she is such a different style of Carrie. I think also ... that we have the modern facilities to be able to ... keep the same consistent blood throughout the entire movie until she washes it off.

''Keep the exact same blood spatters and just kind of keep it so linear. Unlike with the first movie, they didn't have the ability. You see the blood drop and then cut. It's like a different splatter and everything.''