Chloe Sevigny found the nudity in her new TV series 'Hit & Miss' difficult and asked her director to hire a body double. 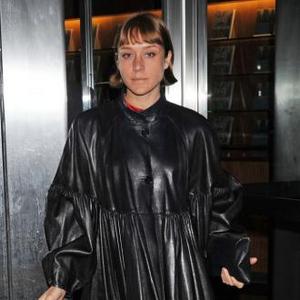 The actress plays Mia - a pre-op transgender hitman - in 'Hit & Miss' and tried to convince her director to use a body double because she didn't want to film the nude scenes.

She told Stylist magazine: ''I think the hardest part for me was grappling with the nudity. In the beginning I tried to convince them to have a body double. I was very uncomfortable and I wanted to respect the character and not have her feel exploited.''

Chloe felt isolated and alone while filming in Manchester in England but says in retrospect it was all worth it.

She explained: ''I think I might have felt isolated in the way that she did. Being worried about the accent and the part being so physically demanding. Sometimes you're not aware of it at the time but in retrospect you realise.

''Now I feel like it was an amazing experience and the part is like nothing I will ever play again.''

While the role of a pre-op transgender hitman is hard-hitting, Chloe admits she was surprised that it appeared less hardcore on screen than in The Script.

She said: ''The screenplay read very differently to how it looks on TV. It was much more provocative. On the screen it's very lyrical and beautiful but on the page it seemed much more hardcore.''