Chloe Sevigny refuses to Google herself

Chloe Sevigny insists she never searches for herself on Google and would rather cut off one of her toes than read online articles about her life and career. 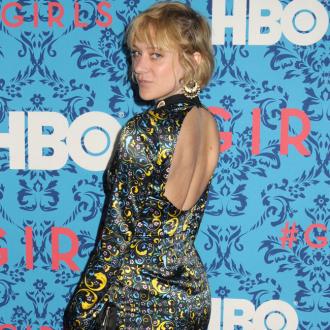 Chloe Sevigny would rather cut off one of her toes than search for herself on the internet.

The 'Lovelace' star insists she avoids typing her name into Google and doesn't think it would be healthy for her to read articles about her career and personal life.

Speaking about the 'It Girl' tag that was bestowed upon her when she broke out as a model and actress in the 90s, she said: ''It must come up when you Google me or something. I'd rather cut off my pinkie than Google myself!''

The 38-year-old blonde beauty insists she was never comfortable being labelled an 'It Girl' because the name has implications that you are cool but not talented.

Speaking in the new November issue of Town & Country magazine, she said: ''The whole 'It Girl' thing - I never felt that was the correct label, because I saw that as meaning 'flash in the pan,' or 'socialite,' or 'rich girl,' or 'druggie girl,' or 'model girl,' even though its origin is Clara Bow, who was the coolest thing ever.''

Sevigny claims people won't let her move on from her 90s persona and ultimately their perception has hindered her acting career.

The 'Boys Don't Cry' star claimed: ''I may have hurt myself as far as being pigeonholed. It's always this 90s indie-girl thing. I can't crawl out of that, at least in Hollywood's perception of me.''