Chloë Sevigny will join Kenzo's Humberto Leon and Carol Lim on the International Festival of Fashion and Photography's jury. 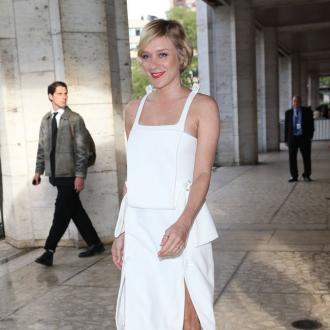 Chloë Sevigny is joining the International Festival of Fashion and Photography's judging panel.

The actress-and-designer will head to Hyères in the south of France from April 25 to 28.alongside nine other jury members for the 29th edition of the festival.

Humberto Leon, who presides over the jury this year with his Kenzo co-designer Carol Lim, told WWD: ''Chloë has a very strong point of view on fashion. When you look at the way she has dressed from when she was 16 until now, she represented all these different very big moments in fashion. She has gone through many interesting stages in her own fashion choices.''

The fashion icon is currently working on her new collection for Opening Ceremony as well as a new film and a style book, and the 39-year-old star admits she has become more confident about her career choices in recent years.

Chloë told WWD: ''I feel I have been consistent in my mid-30s now onward. I am trying not to care as much, not being concerned about being judged. That is the stage I am at right now.''