Rapper/actor Ludacris Had To Circle Around A Spray-painted Proposal Sign, Because His Girlfriend Missed The Romantic Gesture The First Time Her Man Flew Her Over The Site. 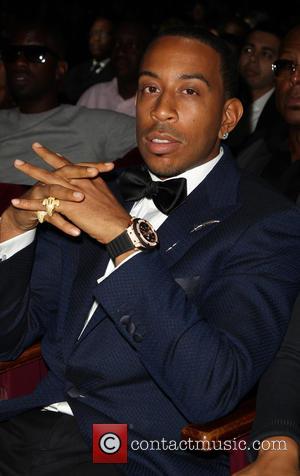 The Fast & Furious star, real name Chris Bridges, came up with a novel way of asking Eudoxie Mbouguiengue to be his wife just before Christmas (14) - and took her up for a surprise plane ride over a field where he'd written out a proposal.

But the flight didn't quite go as planned.

He explains, "I took off and had the pilot circle back around and had her name spray painted in the grass, and 'Will you marry me?'

"I actually had to circle back around. The first time, she didn't catch it because the pilot wasn't in the right position... so I had to make it seem like something was going on with the flight pattern.

"I tapped her on the shoulder and I was like, 'What is that?' And she looked out and broke down crying and everything... Tears of joy."