Chris Brown will complete his stint in a rehabilitation center despite prosecutors' requests to throw the singer in jail immediately. 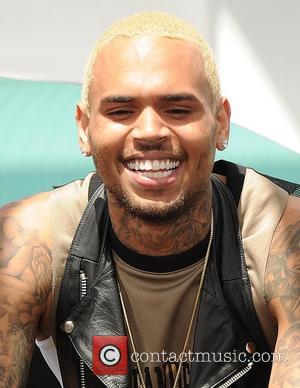 Chris Brown has avoided jail once again after an LA Judge ordered the singer to undergo more treatment at a rehabilitation center.

On Monday (Feb 3rd), the judge turned down prosecutors' desire to throw the 24 year-old in jail due to his arrest for assault from last October (2013) in Washington D.C.

TMZ reports, prosecutors claimed "Brown's violent behavior continues to increase in severity and frequency" and he presents "an increasing danger to society."

Instead, Superior Court Judge James R. Brandlin denied their request and ordered Brown to continue his stay in a treatment facility for substance abuse and anger management because "is doing well in the program and making great strides", (via CNN).

Brandlin handed the 'Don't Wake Me Up' singer a 90 day sentence in a rehab program this past November (2013).

This just came after Brown allegedly attacking a man outside a Washington D.C. hotel. The incident occurred outside the W Hotel on K Street around 4.30am, where Brown supposedly attacked a man after shouting gay slurs and jumping into a photograph with the singer.

Chris pleaded not guilty to the misdemeanour assault charge and has since rejected a plea deal which would have changed the charge to a simple assault.

The same judge also revoked the 'Forever' singer's probation from his 2009 assault on ex-girlfriend Rihanna, and in November (2013) he was ordered to complete 1,000 extra hours of community service.

Brown is expected to finish his stint in rehab on February 19th but is scheduled to travel back to the nation's capital the next day to for a hearing on the assault charge. The judge also announced that another hearing will be held on Feb 28th to decide if the singer will face jail time or not.