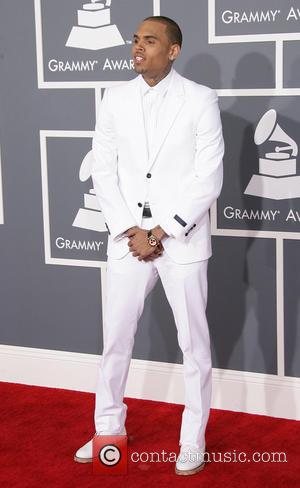 Within the space of one week Chris Brown has managed to get into a scuffle with Frank Ocean, crash his car and annoy the paparazzi - which turns the tables on a profession that is often seen in a distinctly negative light. The singer crashed his car the day before the Grammys, he blamed the papz but they have since turned around and warned him to be careful about what he says.

After the initial crash on Saturday (9th February) Brown's rep spoke to E! News blaming it on  "being ruthlessly pursued by paparazzi." According to reports, Chris said that his car was cut off by two vehicles. Paparazzi then jumped out of the cars with cameras and "aggressively approached his vehicle," his rep said. To try to get away he went down an alley and ended up crashing his car.

TMZ has since spoken to the owner of the agency who employs the paparazzi who were on the scene, Chris Doherty. His statement contradicts Brown: "No photographers were following him at the time he crashed ... He crashed his car and it's convenient for him to blame us. He needs to be careful with his defamatory statements."

In other news, Brown was all smiles as he attended the Grammy Awards last night in a bright white suit. Chris Brown on the red carpet at the Grammys