Chris Brown Claims Only Tupac Shakur Can Understand Him. Sigh. 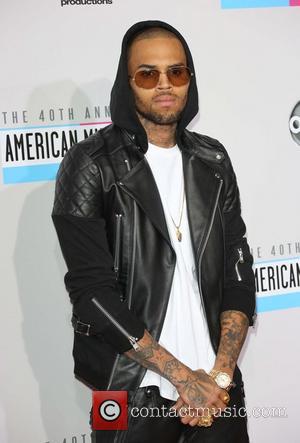 Perhaps we've all missed the point with Chris Brown. Maybe we're giving him too much of a hard time. The man himself sure thinks so, claiming there's only one person who can understand why he does the things he does. That man just so happens to be the deceased rapper Tupac Shakur.

You'll have heard by now about Brown's bust-up with Jenny Johnson on Twitter, after which he deleted his profile. It was a pretty intense exchange, which culminated in Brown telling the television personality he wanted to defecate on her eye. Nice. Anyway, he's still got his trusty Instagram profile and has been busy posting pictures of himself on his European tour and making various ridiculous statements. On Tuesday (November 27, 2012), he posted an image of Tupac with the caption, "That awkward moment when the only person you can relate to in the world is dead." We're not quite why Brown thinks he would have bonded with Tupac, given that the legendary rapper would have almost certainly despised him.

Brown's love affair with the Harlem superstar goes back years. In 2007, he told MTV News, "I'm trying to be the R&B Tupac.I'm trying to make as many records as I can so when I'm out of this world, y'all can still have music from me nobody has heard yet."