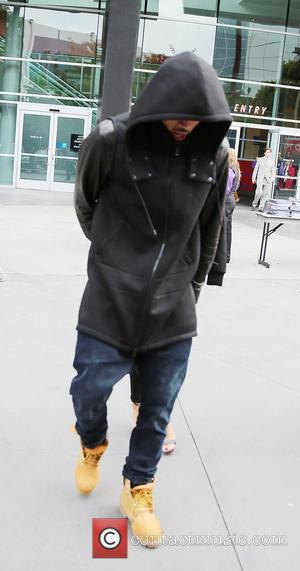 In a bid to avoid some pesky paparazzi, singer Chris Brown ended up smashing his Porsche into a wall, TMZ reports.

In a couple of weeks that have simply gone from bad to worse, Chris Brown has now had to have his car towed away after he collided with a wall. Recently Brown was involved in an altercation with Frank Ocean which seemed to leave his hand bandaged, he was also back in court for a review of his probation, joined by his on-again girlfriend Rihanna for support, and has been told to return in April. Plus, a DA in LA has accused Brown of having his community service documents forged. Writing off his Porsche is just the horrible icing on a horrible cake.

Apparently, Brown was on the way to a 'charity event', when his car was cut off by two other vehicles forcing him to stop, at which point two paparazzi hopped out, hoping to get a snap of the  artist. Brown's rep spoke to TMZ, and told them: "the occupants jumped out, with cameras, and aggressively approached his vehicle. In an effort to remove himself from the situation, he began to back down an alley at which point his was cut off by two additional vehicles... Chris' vehicle was totalled due to this aggressive pursuit by the paparazzi. He is okay." Police reiterated these details later in the day.

On his Instagram earlier in the week he had vented about his frustrations with all the negative responses he gets, "A day in my shoes is a day in hell," he wrote.