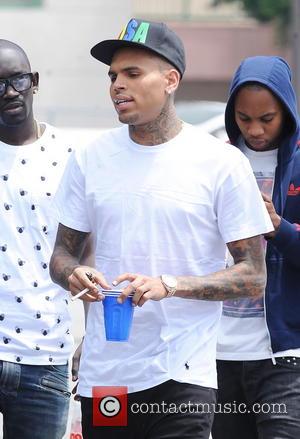 Chris Brown went to prison on Monday (August 5, 2013), turning himself in for his hit-and-run case. The hip-hop star turned up at the Van Nuys jail around 2pm and spent just 45 minutes in the place before leaving.

According to TMZ.com, Brown's lawyer Mark Geragos engineered it all so that Brown avoided the photographers. Interestingly, the courthouse connected to the prison was teeming with photographers just a couple of hours earlier, with rapper 50 Cent making an appearance in his assault case.

Once the cameramen had gotten their snaps of Fiddy and left, Brown and his lawyer sneaked into the jail.

Earlier this year, Brown pleaded not guilty to the hit-and-run charge but was ordered to turn himself in to authorities by August 6 because he was not arrested at the time of the accident. In the May 21 accident, the singer reportedly smashed his Range Rover into the back of a Mercedes though did not offer up the necessary insurance documentation and identification for the other motorist.

Shrewd celebrity lawyer Mark Geragos defended Winona Ryder on charges of stealing clothes from a Beverly Hills store in 2011. She got three years' probation. He also handled the early stages of the Michael Jackson molestation case, during which the late singer was found not guilty.

However, he is perhaps best known for representing convicted Whitewater figure Susan McDougal, the former business partner of former President Bill Clinton. He secured a presidential pardon for McDougal in January 2001.